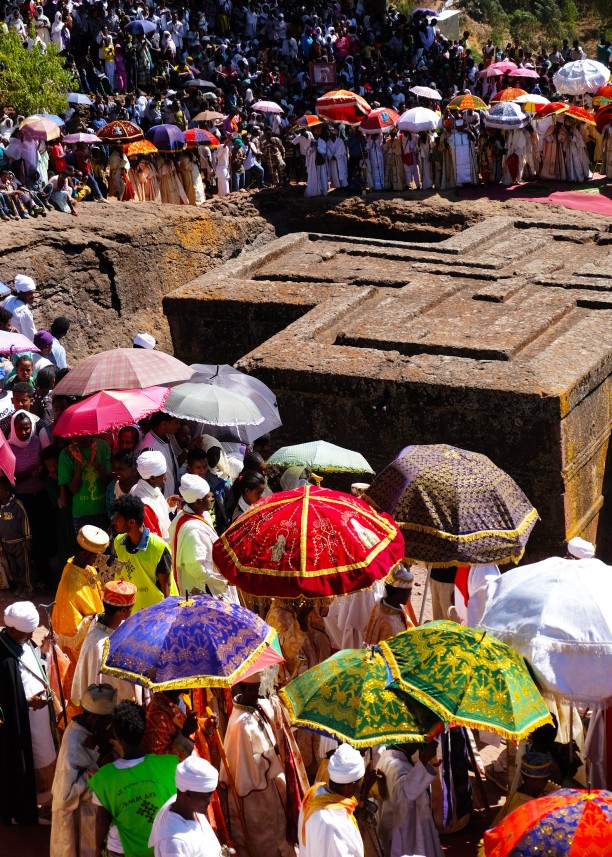 Lalibela, Ethiopia—This happens to me a lot. I land in some place with no agenda, only to find out that something spectacular is going on. When I arrived in Lalibela, I hadn’t coordinated a plan. The historic rock-hewn churches are the main attraction, so I decided to start there. 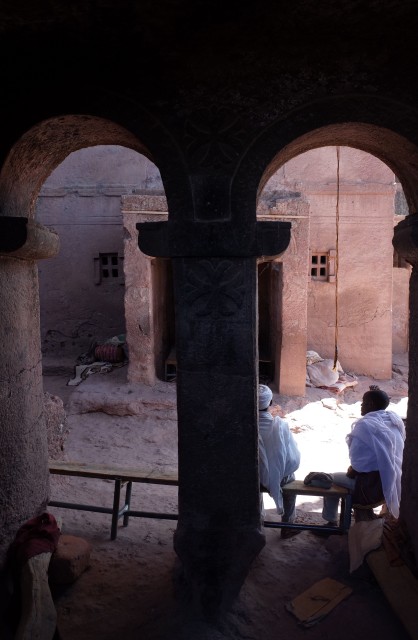 The churches were impressive, no doubt. But after several hours of tours, I needed a break. I was headed back to my hotel when I noticed something in the brush along the side of the road. There was a cow laying on the ground and another being guided by a group of men. After staring for a bit, I realized what was happening. They were in the process of slaughtering the cows.

I asked my guide if we could get closer and if it was appropriate to take photographs. I was in the clear.

I learned that this particular slaughtering process happens every year for Epiphany. It is a process that involves several people. At one point, my guide was recruited to help the men drag the cow to the shade. The cows are slaughtered and skinned by a group of men. Afterward, women come and cut the animal into smaller pieces. The meat is dried underground for one day, then prepared by women the next day. The slaughtering process was relatively quick. I took lots of pictures. A group of children came by to watch and we had similar reactions, mine being a bit more exaggerated (I was simultaneously gagging and snapping photographs.) While I don’t think the photographs are as disturbing as actually being there, I will spare you the gore.

The cow slaughtering experience was so much more interesting to me than visiting the churches. I’ve never seen anything like it before. It was sad and fascinating all at once. 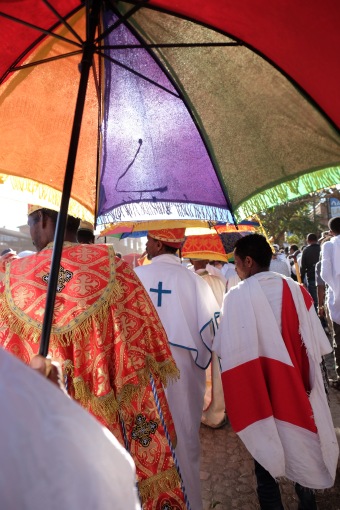 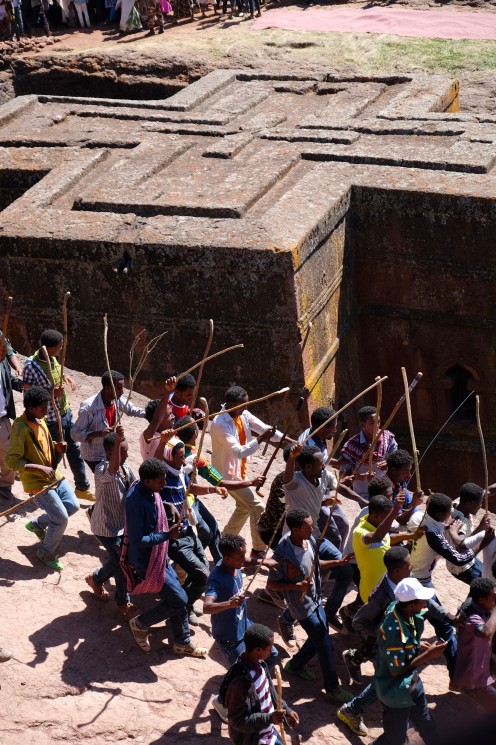 The following day was the eve of Epiphany, part of the Timket celebration. I observed the late afternoon portion of the ceremony which included a processional of the priests and deacons walking through the streets of the city, delivering sermons and prayers. The day of Epiphany was the actual carrying a representation of the Ark of the covenant to the church, The House of St. George.